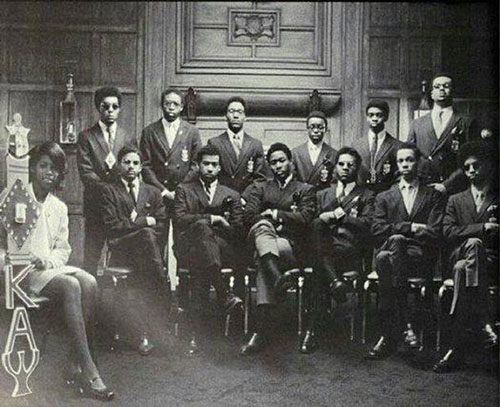 Not withstanding the inexorable consequences of war, Kappa Alpha Psi witnessed slow but continuous progress. On the 21st of April in the war year of 1917 the Theta of Kappa Alpha Psi was chartered at Northwestern University in Evanston, Illinois. Located in the North Central Province, it was the fraternity’s eighth great chapter and the first in the Chicago area. The Charter Members were Brothers E. Wilbur Johnson, Ira M. Henderson, T.F. Charleston, Carlyle F. Stewart and Roy Young.

The history of the Theta Chapter is long and storied and continues to be written in that good old Kappa Spirit in the name of Phi Nu Pi.